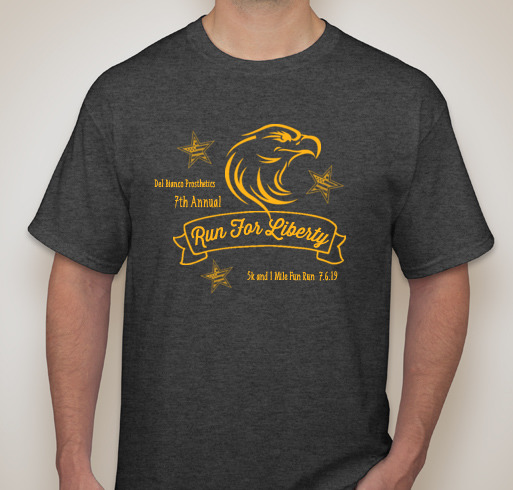 Due to the current pandemic, this event has been cancelled and will hopefully return in 2021.

Run or walk in honor of our dedicated Military Personnel & Veterans. Deck yourself out in a patriotic costume and show off your American spirit! Prizes will be awarded to the best dressed! Remember to register early, and we welcome all sponsors. Let's get running!


THE COURSE
The trail at Wake Med Soccer Park has a smooth running surface with grass and gravel and follows a partially shaded trail through a wooded area. A water station will be at the halfway point. The 1-Mile Fun Run starts at 8:00am and the 5k starts at 8:30am. This is a sanctioned USA Track & Field event with chip timing provided.

SECOND EMPIRE GRAND PRIX
Once again, the race is part of the Second Empire Grand Prix Series. Runners who participate in these races accumulate points and are awarded prizes at the conclusion of the Series

WHY WE RACE
All profits go directly to Amputee Coalition of America, a national non-profit organization. Amputee Coalition is the nation’s leading organization on limb loss. With the generous support of the public, they are helping amputees live well with limb loss, raising awareness about limb loss prevention and ensuring amputees have a voice in matters affecting their ability to live full, thriving lives.