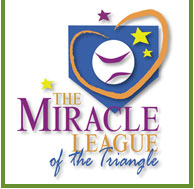 A field of over 350 runners and walkers registered for this race last New Year’s Eve. Jordan Zwick won the race in a course-record time of 15:57.  Michelle Noise won the women’s title in 18:40. Rachel Krasich set the women’s course standard of 18:36 in 2012.

The race is sponsored by the YMCA with proceeds from the race benefitting the Miracle League of the Triangle which provides opportunities to all children with special needs to play baseball regardless of their abilities.

The race starts and finishes near the food court at the Cary Towne Mall.
Click here for a course map.

All one-mile finishers receive a certificate.

The RITNY 5K Run is also the final event in the ten-race Second Empire Fall 2014 Grand Prix Series. Runners who participate in these races accumulate points and are awarded money and prizes at an awards banquet held at the Second Empire Restaurant at the conclusion of the Series. For more information on the Series, go to http://www.secondempireseries.com/fall/fall-series/