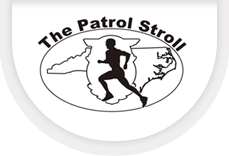 Paul Springer took top honors in the 2013 edition of this race with a 15:59 clocking  Michelle Langan took the women’s title in 17:24. The course records are held by Nicholas Kurgat (14:09) and Hellen Jemutari (16:32) – both set in 2012.  Over 220 runners and walkers signed up for the race last year, which was the first year the event was part of the Second Empire Grand Prix.

The race starts and finishes at the NCSHP Training Facility near Garner located at 3318 Old Garner Road, Raleigh, NC 27610. Part of the race is run on the NC Highway Patrol Driving Track.

The entry fee for the 5K is $30, increasing to $35 after September 22, up to and including race day. For the mile, the fees are $20 and $25, respectively, and for the MADD Kid’s Dash the fee is $5 with no late fee.  T-shirts will be given to the first 300 people who enter either the mile or the 5K.  Sizes will be guaranteed to all those registered by September 13th.

All 5K entrants will also receive a “goody bag” – which is by far one of the best ones featured in area races.

In the 5K, awards will be presented to the first three males and the first three females overall and to the top three finishers in each of the following age divisions (both sexes): 15-under, 16-19, 20-29, 30-39, 40-49, 50-59, 60-69 and 70-over. Awards will also be presented to the top three male troopers and top three female troopers.  Each finisher in the 5K will also receive a commemerative race coin.

There also will be team competition in the 5K. A team consists of three or more individuals who work for the same law enforcement team or military unit.

In the mile, the top three finishers will receive a medal.  The 50-yard MADD Dash is for children ages 12 and under.  Medals to all finishers.

After the race, each finisher in the 5K will also receive a virtual medal inscribed with the runner's  name and finishing time.  See example attached.

The Patrol Stroll is also the third event in the ten-race Second Empire Fall 2014 Grand Prix Series. Runners who participate in these races accumulate points and are awarded money and prizes at an awards banquet held at the Second Empire Restaurant at the conclusion of the Series. For more information on the Series, go to http://www.secondempireseries.com/fall/fall-series/

Profits from the race will go to Mothers Against Drunk Driving (MADD)..