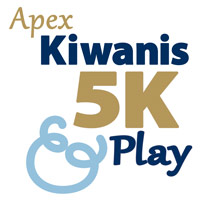 Participants in the 5K can either register as a “competitive” or a “recreational” participant. The competitive runners will be issued timing chips, will receive official times, and be eligible for awards. The recreational runner/walker will not receive an official time but will be able to see his/her finishing time in a digital clock at the finish line

The entry fee for the 5K is the same for both the competitive and recreational participant - $25 up to and including February 19th and $30 thereafter up to and including race day.  For those ages 18 and younger, there is no late fee.  T-shirts are guaranteed to all those registered by March 31st.

The mile entry fee is $15 and includes a shirt – once again guaranteed to all those registered by March 31st.  For the Kids 6-under 200-yard dash, the fee is $5 and does not include a shirt.